In the News: Philadelphia 1st Degree Murder Acquittal, Reported in the Philadelphia Inquirer 3 Charged, None Convicted (May 30, 2018) 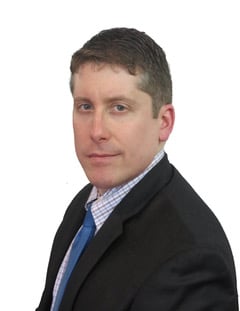 Jason C. Kadish is an accomplished and experienced trial attorney working out of the greater Philadelphia area. Specializing in criminal defense, he has successfully tried hundreds of criminal cases to verdict for his clients. A career trial attorney, Mr. Kadish knows exactly what it takes to prepare your case so that you prevail inside the courtroom.

Mr. Kadish received his undergraduate degree in journalism from the University of Massachusetts in 2001. Thereafter, Mr. Kadish attended the Benjamin N. Cardozo School of Law in New York City, receiving his Juris Doctorate degree in 2005.

Mr. Kadish began his legal career as a prosecutor in the Philadelphia District Attorney’s Office. During his six years with that office, he investigated and prosecuted serious crimes as a member of both the Habitual Offender and Dangerous Drug Offender Units. This experience, encompassing all types of violent, firearm & drug-related crime, is invaluable in preparing a defense for your case.

Since entering private practice in 2011, Mr. Kadish has continued to refine his litigation skills as a criminal defense attorney in the greater Philadelphia area. Super Lawyers has recognized Mr. Kadish as a “Rising Star” in Pennsylvania criminal defense. His office is conveniently located in downtown Center City, Philadelphia, across the street from historic City Hall.

Achieving the best outcome for your case depends on having a skilled advocate continuously fighting to protect your rights. Contact Mr. Kadish today to schedule a free consultation.

"Mr. Kadish did a great job and made sure everything was done right at trial. He is a good man and he got me home. Five out of five stars." ~ M. Toliver

"Representation by Mr. Kadish was always great, whether it was for myself or others that I referred to him. One of the best in Philadelphia for criminal cases, and fights for you to get your case beat or settled as soon as possible." ~K. Griffin